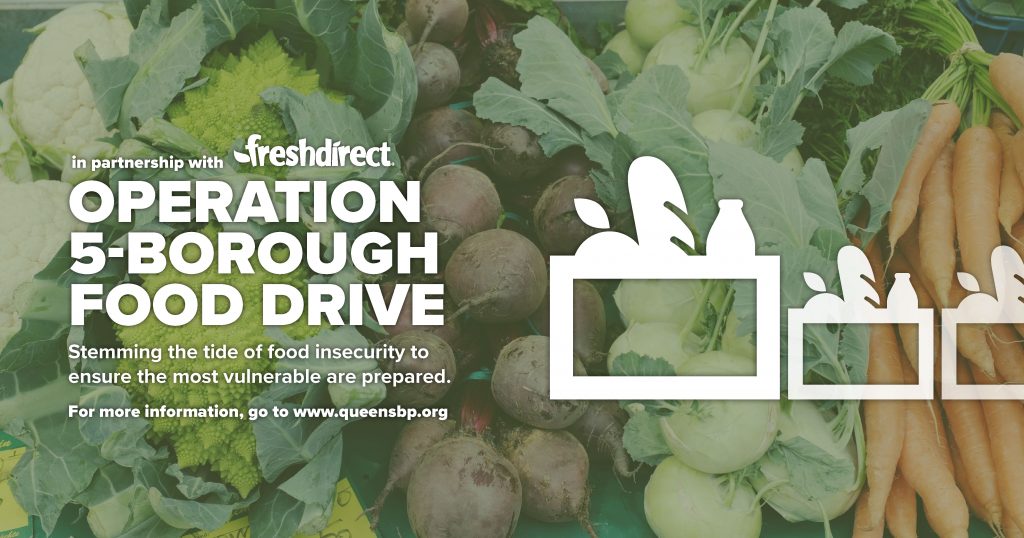 Beginning Monday, April 27, 500 grocery boxes per day prepared by FreshDirect, supplemented with beverages generously donated by Liberty Coca-Cola Beverages, will be picked up by participating Queens non-profit community-based organizations (CBOs) to distribute amongst their clients, including seniors, low-income families and other vulnerable populations across all 14 Queens Community Districts. The Port Authority of New York and New Jersey will continue to assist in transporting some of the bulk grocery boxes to limited CBOs.

The first four weeks of the food drive between March 24 through April 17 — launched with the assistance of Bronx Borough President Ruben Diaz, Jr. and made possible in part by a $10,000 donation from The Coca-Cola Company — featured daily deliveries of 400 grocery boxes per day to the Borough of Queens, with the Port Authority of New York and New Jersey assisting in transporting some of the bulk grocery boxes to limited CBOs.

The Queens CBOs participating in the extended initiative, as well as the more than three dozen that participated in the first four weeks of “Operation 5-Borough Food Drive” — many of which had partnered in recent years with the Queens Borough President’s Office on various food distributions — include: