Acting Queens Borough President Sharon Lee stated the following in response to the postponement of the tax lien sale that the City had scheduled for today.

“It was simply inhumane and unjust to proceed with the 2020 New York City tax lien sale today. Thanks to intervention by Attorney General James as well as Governor Cuomo’s Executive Order today, thousands of families and homeowners — many of whom are here in Queens — are granted precious reprieve and will be able to breathe a little easier during this ongoing state of emergency. Without it, the City’s untimely lien sale would have displaced families, destabilized communities and disrupted generational wealth build.”

In a letter to the Mayor last week, Borough President Lee urged the Mayor to stop the September 4 lien sale, and iterated support for New York State Senate Bill S8921 introduced by Senator Leroy Comrie of Queens — and supported by New York City Council Resolution 1387-2020 introduced by Councilmember Adrienne Adams of Queens — which would postpone the lien sale until one year after the currently active COVID-19 state of emergency is lifted. See letter below. 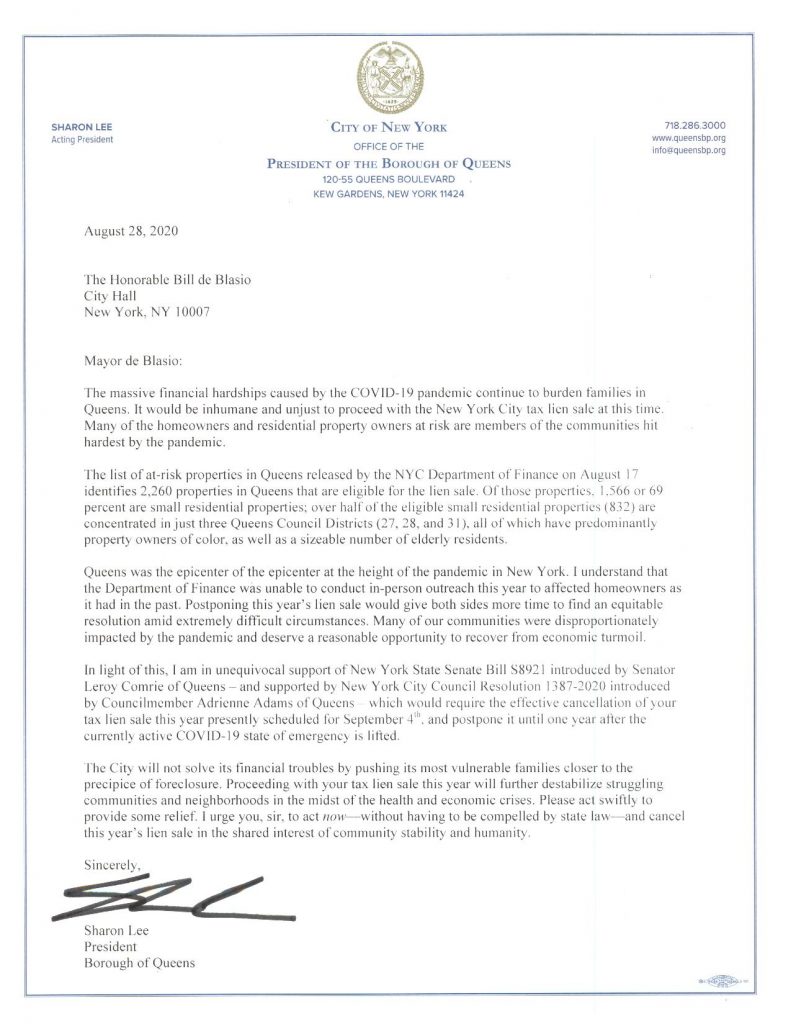